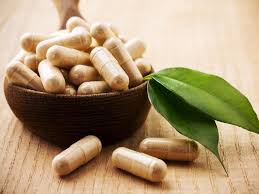 For decades, Americans have been told to avoid table salt. But when iodized table salt is reduced, people can unknowingly lower their iodine intake to suboptimal levels. Analyses from the National Health and Nutrition Examination Survey (NHANES) show that urinary iodine levels have plummeted since the 1970s.

The good news is that you can avoid iodized table salt without sacrificing the health benefits of iodine. Sea-Iodine™ is a low-cost proprietary formula that health-conscious individuals can take each day to support optimal iodine levels. Using natural ingredients harvested from a blend of organic marine algae, Sea-Iodine™ brings you the health of the sea while avoiding the dangers of excessive salt intake. The algae found in Sea-Iodine™ provide you with over 667% of the Recommended Daily Value of natural iodine.

Iodine is a health-promoting trace element essential for life. Its primary biological role lies in the production of the thyroid hormones triiodothyronine (T3) and thyroxine (T4).1 T4 and T3 contain four and three atoms of iodine per molecule, respectively. The thyroid gland actively absorbs iodide from the blood to make and release these hormones into the blood.

Iodine happens to be found abundantly in sea vegetables and plants. In areas where no marine foods are eaten, people have lower iodine levels.2 For this reason, US commercial salt makers have long added iodine to deliver this key ingredient to your diet. However, we now know the concerns associated with eating too much table salt, which resurrects the dilemma of where to get healthy sources of iodine.

Ironically, health-conscious people are often the most likely to develop low iodine levels.3 One reason is that athletes and people engaged in heavy physical effort deplete their natural stores of this trace mineral through perspiration. Vegetarians also have a substantially greater likelihood of low levels of iodine than carnivorous people, since foods of plant origin are less rich in iodine than animal-derived foods. One study demonstrated iodine deficiency in 25% of vegetarians and an incredible 80% of vegans.